Seattle-based Kim Beaton with the help of 25 volunteers built a 12-foot tall tree troll out of completely non-toxic materials. In 2006, the artist and a team of volunteers spent 15 days creating a unique tree troll out of papier mache, wood, metal plates and other materials. The sculpture looks realistic if that is possible, but it’s the friendly face inspired by her father that gets your attention.  In about forty minutes after waking from a dream about her father, she had a rough sculpture that said what she wanted. The next morning she began making phone calls, telling her friends that in 6 days time they would begin on a new large piece. Fifteen days after starting, they were done. 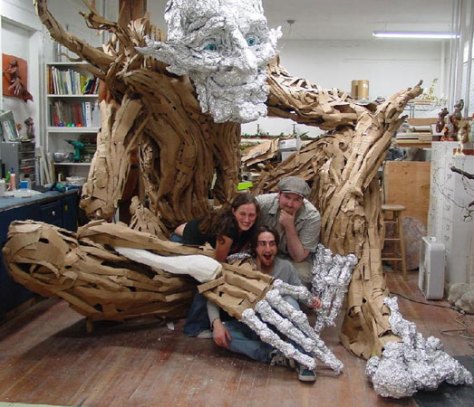 The flexible building material was developed by the University of Michigan and has been used to improve earthquake resistance in structures. Beaton molded it around plywood to make the sculpture. The strength of the material meant people could enjoy the sculpture without risk of damage. Resembling something from “The Hobbit”, It’s public art and people should touch it and kids can play on it. The troll has been given a coat of buttermilk, and blended moss and lichen, in the hope of attracting further growth.

Beaton moved from Montana to New Zealand to work on The Hobbit with Weta Workshops. 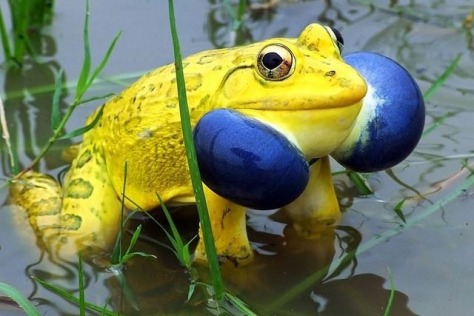 The Indian bullfrog is known for its large size, up to 6 inches in length, and dramatic coloring. It’s found in the wetlands of South and South East Asia and inhabits holes and bushes near permanent bodies of water.

During most of the season, both sexes are olive-green in color. Once the mating season comes around, the males skin turns bright yellow and their vocal sacs turn bright blue. Breeding takes place during the monsoon season and large numbers of eggs are laid in pools. There is a high mortality rate among tadpoles mostly from other predators. 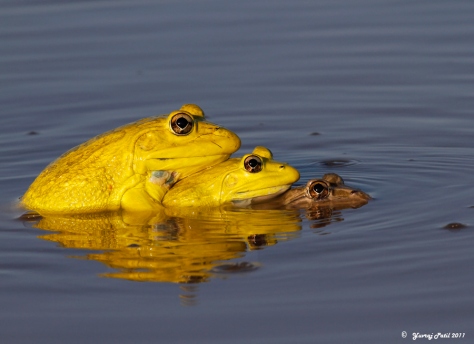 When they are frightened they jump over the surface of the water in much the same way as they would over land. Normally a nocturnal creature, the diet of an Indian Bullfrog consists of insects, small animals and small birds.

In one of the most beautiful and ignored cities in Europe is a fantastic and fantasy filled bridge.

Dragon Bridge is the most fairytale of bridges in the fairytale city of Ljubljana, Slovenia. Combining old-world charm with medieval mystery, this bridge celebrates its gothic construction and the mythical side of the area’s history. Decorated with ornamental dragon statues among the other ornate embellishments, visitors love to see the playful side of the city through this monument.

While medieval in style, this attraction came into being in the early 20th century as part of a urban renovation. An 1895 earthquake had damaged the previous wooden bridge, and the powers that be decided to try out a new, innovative technology called reinforced concrete, and throw some dragons in for good measure.

In the early 1980s, the bridge was renovated with a lightweight concrete. The beautiful fantasy-themed bridge holds the titles to a couple of firsts: first Slovenian bridge paved, first reinforced concrete bridge in Ljubljana, and came is a strong third for largest arch in Europe at the time of construction.

All technical marvel aside, obviously the main attraction is the fine example of Vienna Succession style, and the four dragons guarding the bridge on either side, with sixteen smaller ones decorating its span.

The entire country is beautiful and has a wide spectrum of activities and sights.

Where we love dogs, read books, and talk Kentucky politics.